Barristers in need of HR services and support can rest assured they’ll be well looked after by Narrow Quay HR, from our team operating from our offices in Bristol, London and Birmingham. Barristers HR solutions are our focus.

We provide access to experienced HR consultants for Bar Council members who need us to be on hand to help with both day to day queries and larger projects, where there may not be the HR resource in their Chambers to deal with such challenges.

Why is it important to consider outsourcing your HR to consultancies like us?

Firstly it’s a balance of available resources, technical expertise, wide sector knowledge and experience and of course, consultants who are by definition always keeping up to date with the latest regulations, legislation and best practice.

Please get in touch for more information.

The Autumn Budget 2017 has highlighted a number of key points that Employers need to consider for their organisations and people.

The Government has confirmed that it has accepted the recommendations of the Low Pay Commission (LPC) for increases to the national living wage (NLW) and the national minimum wage (NMW). Accordingly, from April 2018 the Government will increase the NLW, which applies to workers aged 25 and over, by 4.4% from £7.50 to £7.83. The LPC has estimated that this will benefit over 2 million workers. At the same time, the NMW rates will be increased as follows:

In accordance with its commitment to raise the personal allowance (PA) to £12,500 and the higher rate threshold (HRT) to £50,000 by 2020, the Government has announced that in the 2018/19 tax year the PA and HRT will be increased to £11,850 and £46,350 respectively. The Government has also announced that, with effect from April 2018, there will be no benefit in kind charges on electricity that employers provide to charge employees’ electric vehicles. The report further details a number of changes the Government will make to the taxation of employee expenses following a call for evidence that was published in March 2017.

The Government has stated that it will publish a discussion paper as part of its response to the Taylor review of employment practices, which will explore the case and options for longer-term reform to make employment status tests for both employment rights and tax clearer. It has acknowledged that this is an important and complex issue, and it will therefore work with stakeholders to ensure that any potential changes are considered carefully.

The Chancellor of the Exchequer delivered his 2017 Autumn Budget speech to the House of Commons on Wednesday 22 November. On the same day, the full Budget report was published by the Government.

Please contact us for help with understanding and implementing any of the key points above.

Unconscious Bias is a hot topic right now. The progress towards creating a more diverse workforce at all levels is an objective that most employers are focusing on today.

Raising awareness and investing in staff development in this area through the use of interactive workshops and training is key.

Unconscious bias is a bias that we are unaware of, and which happens outside of our control. It happens automatically and is triggered by our brains making quick judgements and assessments of people and situations, influenced by our background, cultural environment and personal experiences.

Unconscious bias can occur in many situations and in relation to many prejudices, which could include, but are not restricted to: Physical characteristics or appearances; Social context; Stereotyping and favouritism

Research has shown that unconscious bias is a habit that can be changed.

We run workshops that can help to highlight the role unconscious bias can play and provide practical strategies to mitigate its effects. This will help leaders and managers to make fair and transparent decisions and minimise discrimination.

Our unconscious bias workshops are a key strategic tool in promoting equality and diversity within your workplace and eradicating unlawful discrimination.

Please get in touch for more information and to book a workshop for you and your team.

Barristers HR Support is a hot topic and in its latest move to align the chambers model with current employment practices, the Bar Council is making available, external HR support for barristers.

We have been retained to help chambers and barristers manage their concerns and create robust and sustainable solutions to their HR challenges.

HR matters in chambers are traditionally dealt with by barristers’ clerks. However, Isabel DiVanna, commercial director at the Bar Council, said chambers often need additional insight on HR matters as ‘it’s easy to get things wrong – and costly when this happens’.

We are delighted to be offering HR consultancy services to barristers and look forward to sharing some interesting and insightful case studies with you very soon.

Narrow Quay HR has been appointed by The Bar Council to provide HR expertise to its members, including all barristers and chambers in England and Wales.

Founded in 1894, The Bar Council is the representative body of the Bar of England and Wales. It has 16,000 members.

“Chambers often tell us that HR is one area where they feel additional insight is needed, as it’s easy to get things wrong – and costly when this happens. VWV is a reputable firm and trusted Bar Council partner, so we anticipate this additional provision being of particular value to our colleagues in chambers’ management.”

“Providing HR support to Bar Council members will enable us to offer access to experienced HR consultants who are on hand to help with both day to day queries and larger projects, where there may not be the HR resource in Chambers to deal with these issues.

We look forward to providing this HR support to our professional colleagues, and to helping them manage their day to day HR challenges in a cost effective and flexible way.” 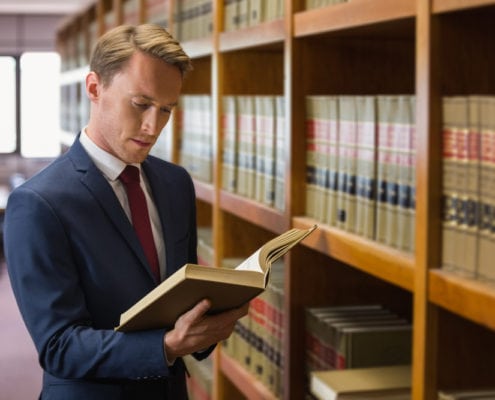