Is it Unfair for an Employer to Withhold Evidence From a Disciplinary Panel?

On the facts in the recent case of Hargreaves v Manchester Grammar, it wasn’t, but this decision should be followed with caution.

Mr Hargreaves had been employed by Manchester Grammar (School) as a teacher since 1 September 2005. In March 2016 a pupil (Pupil A) alleged that Mr Hargreaves had grabbed him, pushed him against a wall and put his fingers to his throat. Prior to the allegation from Pupil A, Mr Hargreaves had not been subject to any formal disciplinary action.

As part of an investigation into the allegations, various pupils and teachers were interviewed. Two pupils corroborated Pupil A’s account and one teacher noted that Pupil A had appeared upset when reporting the incident. However, two other pupils who were interviewed had no recollection of anything unusual.  When the investigating officer interviewed the two teachers named by Mr Hargreaves as potential witnesses, one said she had not been in the area at the relevant time and the other said she had not seen anything unusual. The evidence of the pupils and teachers who had seen nothing were not presented to the disciplinary panel or Mr Hargreaves.

Following the hearing, Mr Hargreaves was dismissed for gross misconduct on 17 June 2016.

Mr Hargreaves brought a claim of unfair dismissal to the Employment Tribunal (ET) and the ET found his dismissal to be fair. Mr Hargreaves appealed to the Employment Appeal Tribunal (EAT) on the basis that, taking into account the career-changing impact of the allegation, the ET had erred in respect of the significance of the evidence gathered from those who had reported seeing nothing unusual.

Mr Hargreaves argued that if Pupil A’s allegation was true it would be highly likely that someone in the vicinity would have noticed whereas, if his account of events was true, those close by would not recall seeing anything untoward.

The EAT dismissed the appeal, holding that it was within the band of reasonable responses for the School to decide not to put forward the evidence of the witness who had seen nothing and to dismiss Mr Hargreaves.

The EAT commented that in investigating the incident it wasn’t that the School had not pursued lines of inquiry, it was that they had found that those lines did not have anything to add. The statements given by the witnesses had been considered and the School had reasonably concluded that the evidence  was immaterial and could not assist either the Claimant or the disciplinary panel.

While this decision provides some comfort to employers who have properly assessed the evidence gathered during investigations and decided that some is not relevant, we would still advise that it is in an employer’s interest to present all evidence. Choosing not to do so creates an unnecessary risk of litigation and a finding of unfairness.

This approach is in accordance with the ACAS Code of Practice on disciplinary and grievance procedures, which provides that in conducting a disciplinary hearing it would normally be appropriate to enclose copies of any written evidence, which may include any witness statements, with the hearing invitation. 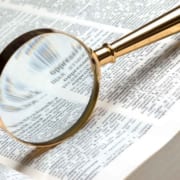 Investigations – What Do We Do and How Do We Do Them?

Culture Reviews – What Are Your Staff Members Really Thinking? 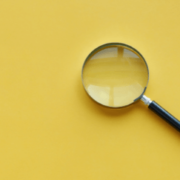 Workplace Investigations – What Can You Learn from the Downing Street Parties?
0 replies

GP Recruitment and Retention – Top Tips For Getting It Right For Your...

Barrister’s Chambers HR Surgery – 24 January 2019
Scroll to top
We use cookies on our website to give you the most relevant experience by remembering your preferences and repeat visits. By clicking “Accept”, you consent to the use of ALL the cookies.
You may also opt in/out of individual cookies by using the settings option.
Accept Reject Settings Cookie Policy
Manage consent