Many healthcare practices are facing challenges around recruitment and retention. In particular, we are seeing an increase in the number of experienced GPs retiring early leading to an increase in recruiting less experienced salaried GPs.

Getting the recruitment process right is crucial and will undoubtedly be an important part of any Practice Manager’s role. However, how best to undertake this exercise still remains something of a challenge. In this article, we provide our five top tips for getting it right:

Having a clearly defined role is an essential starting point for a good recruitment process. The first step is to analyse the job. Consider what tasks the jobholder will be required to do and think about how the role fits into the overall healthcare practice. Once you have done this, you can draft the job description and person specification documents. Try to remain focussed on the requirements of the role and the specific competencies you want from the individual. And remember your job description and person specification should be realistic and not a wish list.

Review the techniques you use to you attract applicants and think creatively to maximise your chances of getting the best applicants. The local Facebook groups for example could be a good source of advertising for some roles. Consider whether an employee referral scheme which incentives staff to refer candidates might be worth considering. Research has shown that the wording of some adverts appeals more to men than women. Perhaps think about testing differently worded adverts to see what gets the best response.

We all have unconscious biases which we are unaware of and may not want to admit to. These can reveal themselves in any number of ways, from unconsciously favouring someone who went to the same University as you or being put off  someone because of their accent. The recruitment process can be a fertile ground for these biases to come to the fore and can mean your healthcare practice misses out on the best candidates. Worse still, it could expose your practice to risks of discrimination claims.

Think carefully about how your practice deals with applications. There are a number of easy changes that a practice can make. For example, try, as far as possible, to remove any information that might illicit a bias, such as name, address and age and have more than one person undertake the shortlisting and potentially use a third as a final check.

Most recruitment processes involve an interview. Structured interviews where the interviewer or panel agree the questions in advance will help to keep the questions on track and avoid the risk of going off track into areas that could cause difficulties, such as discussions around health or childcare. Try to reframe the interview as a fact finding process rather than a decision making one to take some of the pressure off and think about the time of day you hold interviews – research has shown that those interviewed later in the day after a string of earlier interviews are at a disadvantage.

5. The Offer Letter and Contract

Think carefully about the wording of your offer letters. Take specialist legal advice to ensure that your offer letter and any contractual documentation are up to scratch and fit for purpose. These documents are designed to set out clearly the basis of the employment relationship but also to protect the practice, so it is important that you have well drafted and user friendly documents in place that are regularly reviewed.

Our Narrow Quay HR consultants work together with you and your practice, providing you with a flexible range of HR advice and solutions to assist your day to day business which includes recruitment and retention challenges.

The consultants at Narrow Quay HR are regularly instructed to carry out investigations for clients. Clients may want to engage external HR consultants because the issue is particularly sensitive, because they don’t have sufficient HR capacity in the business or because they recognise that investigations can be time consuming and may therefore pull key staff away from their day to day duties.

The investigations may form part of grievance, disciplinary or complaints processes. The case study below sets out some of the issues we regularly deal with when carrying out investigations, but is not based on the specific facts of one of our cases.

A client of Narrow Quay HR, has an administration team made up of approximately 10 members of staff. One of the staff working in the team, Jessica, joined the team less than a year ago. She offered her resignation, writing a letter which referred to bullying, harassment and victimisation by her line manager. Following this, the HR Manager met with her and persuaded her not to resign, and asked her if she would be happy to have her concerns treated as a grievance. She agreed to this and Narrow Quay HR were asked to undertake an investigation into the line manager’s conduct.

In order to give the investigation structure, the key components of Jessica’s grievance needed to be identified. In this case, it was possible to focus on the nature of the language used by the line manager to Jessica as one broad theme and to also focus on victimisation, in the way that Jessica understood it, in terms of being picked on by her line manager.

Narrow Quay HR prepared a comprehensive investigation report containing an executive summary and  detailed findings, which was provided to the client together with all evidence gathered during the investigation, in an indexed and paginated appendix to the report.

In this situation, where a member of staff has raised a grievance relating to bullying or harassment, we needed to not only to make a recommendation as to whether the grievance should be upheld or not, but also to recommend whether disciplinary action should be commenced in relation to the member of staff accused.

In this case it was found that Jessica had been subjected to bullying and harassment by her line manager and so we made a recommendation that her grievance should be upheld and that the client should commence disciplinary proceedings.

Using our report, the client had a clear route map to follow and was able to progress the matter in the knowledge that a fair and reasonable investigation had been undertaken by an independent third party. 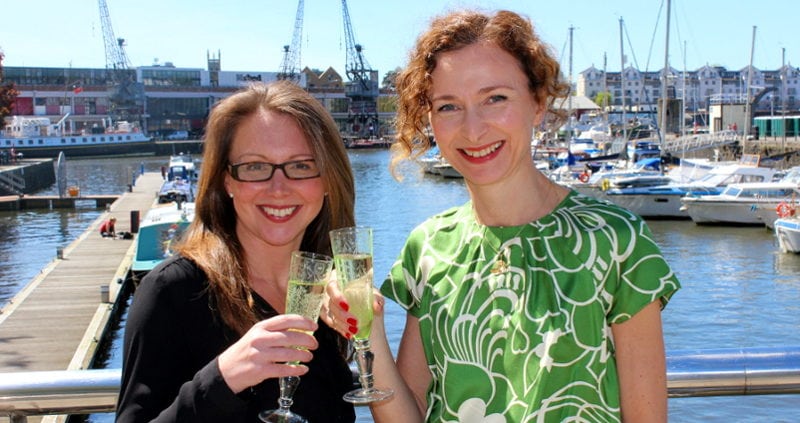 This week we are celebrating Narrow Quay HR’s one year anniversary – thank you to all of our clients and contacts, it’s been great working with you.

It’s been a busy first year at Narrow Quay HR, and we’ve enjoyed working with a range of clients including schools, GP surgeries, businesses and charities. We have been particularly busy with investigations, which have taken us all over the country, and have provided support to panels at a range of hearings. We’ve supported clients with their HR projects, helping with both day-to-day issues and larger, strategic projects. We’ve also delivered training to clients too; on Unconscious Bias, Appraisal skills and Essential HR for Line Managers.

We look forward to a busy year two!

Essentially well-being is about creating a state of contentment where individuals can flourish*. Resilience is about an individual’s ‘bouncebackability’ and developing resilient employees is likely to feed into a well-being agenda.

Historically, well-being has focussed on safe working practices or management of ill-health. But more recently, a much more holistic view of employee well-being has developed.

If this isn’t enough to persuade you that employee well-being should be high on your agenda, there is growing evidence to suggest that investing in this area produces a financial return in the shape of increased productivity and lower sickness absence as well as making your organisation a great place to work.

Whilst a number of organisations have some well-being initiatives already in place, the evidence shows that well-being programmes will be most successful where they are central to the organisation. So where should you start? Below are our top tips:

Narrow Quay HR can help your organisation on its well-being journey. Get in touch with us today to find out more.